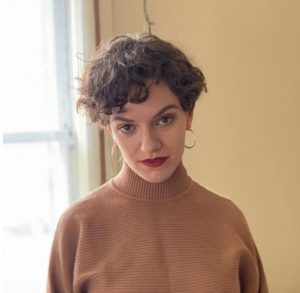 Maite Iribarren is a visual artist from Miami, where she is inspired by the city’s confluence of subtropical wilderness, heavy industry and Latin culture. She is currently finishing a dual degree in structural engineering and studio art, at the University of Michigan as a Shipman Scholar. Working primarily in sculpture, she draws from her heritage and background in engineering to identify physical and cultural objects to subject to a process of satirical, constrained translation. In her process, she builds a structural and visual translation of these objects by using a set of material and procedural constraints. These constraints stem from sources such as the structural geometry of the original object and the social conventions that define its form and function. The final product of this process often takes a striking shape through which she exposes the object’s hidden structural beauty while satirizing the distortionary effects of seemingly arbitrary social norms.